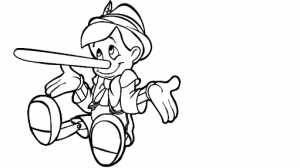 To every law student and legal practitioner out there, the test for dishonesty has long been established following the case of Ghosh in 1982. The test has been used to help juries determine where and when dishonesty is an element of the offence.

It is a two-stage test, involving both an objective and subjective part. It is the latter subjective element, which has gained widespread criticism of creating a ‘Robin Hood defence’ in allowing juries to determine the issue of dishonesty on fact rather than law, namely ‘whether the defendant himself thought he was acting honestly?’.

Despite the obvious problems and criticisms, as briefly summarised above, the test has stood the test of time until now! In the latest decision (Ivey v Genting Casinos (UK) Ltd [2017]) by the Supreme Court on 25th October 2017, the test has been dramatically shaken up!

So, what was the original Ghosh test?

The judge in cases of dishonesty was required to direct the jury to answer the following:

If the answer was yes, to both parts, the defendant was convicted of dishonesty!

What did the Supreme Court’s Judgement Change?

The case of Ivey v Genting has removed this second stage of the test, citing the following serious problems with it:

The full reasons can be found here, but the Supreme Court has determined that the full Ghost test should no longer be applied.

The new test as stated by Lord Hughes has been summarised below:

This has completely removed the second stage of asking the jury to determine whether the defendant believed or appreciated what he had done was dishonest.

The Court’s decision on Ghosh was only said in passing (obiter), but is likely to be widely followed as the new definitive guideline to dishonesty. The decision certainly seems logical and reflective of the issues that surrounded the original two-stage test.

The effect of the decision will see convictions of dishonesty rise, as the prosecution will have one less obstacle to pass to secure a conviction in these types of offences!

WHAT IS A SETTLEMENT AGREEMENT?

A Shifty Fifty or Faulty Forty deal for Industrial Action!